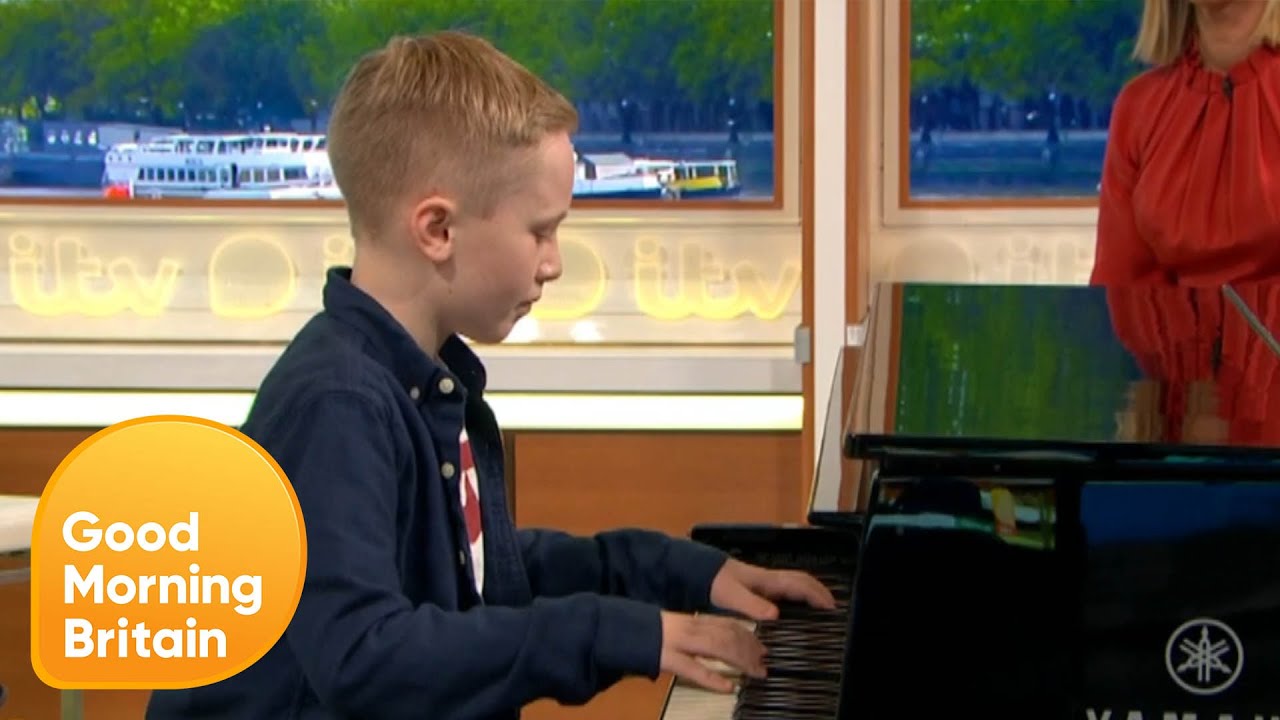 Kids
Share on Facebook
Share on Twitter
Share on Pinterest
Share on LinkedIn
Subscribe now for more! http://bit.ly/1NbomQa
Street pianist, Harrison Crane, who has been playing the piano since he was only 6 years old, wowed a crowd of shoppers in Liverpool after he performed a string of belting 1990s dance anthems. His song choices included Children by Robert Miles, Insomnia by Faithless, Sandstorm by Darude, Wake me up by Avicii and Seven Nation Army by The White Stripes. His parents say that they have no idea where he got his talent from but after his 1 half-hour lesson a week he regularly plays Ludovico Einaudi at home.

The Good Morning Britain YouTube channel delivers you the news that you’re waking up to in the morning. From exclusive interviews with some of the biggest names in politics and showbiz to heartwarming human interest stories and unmissable watch again moments.