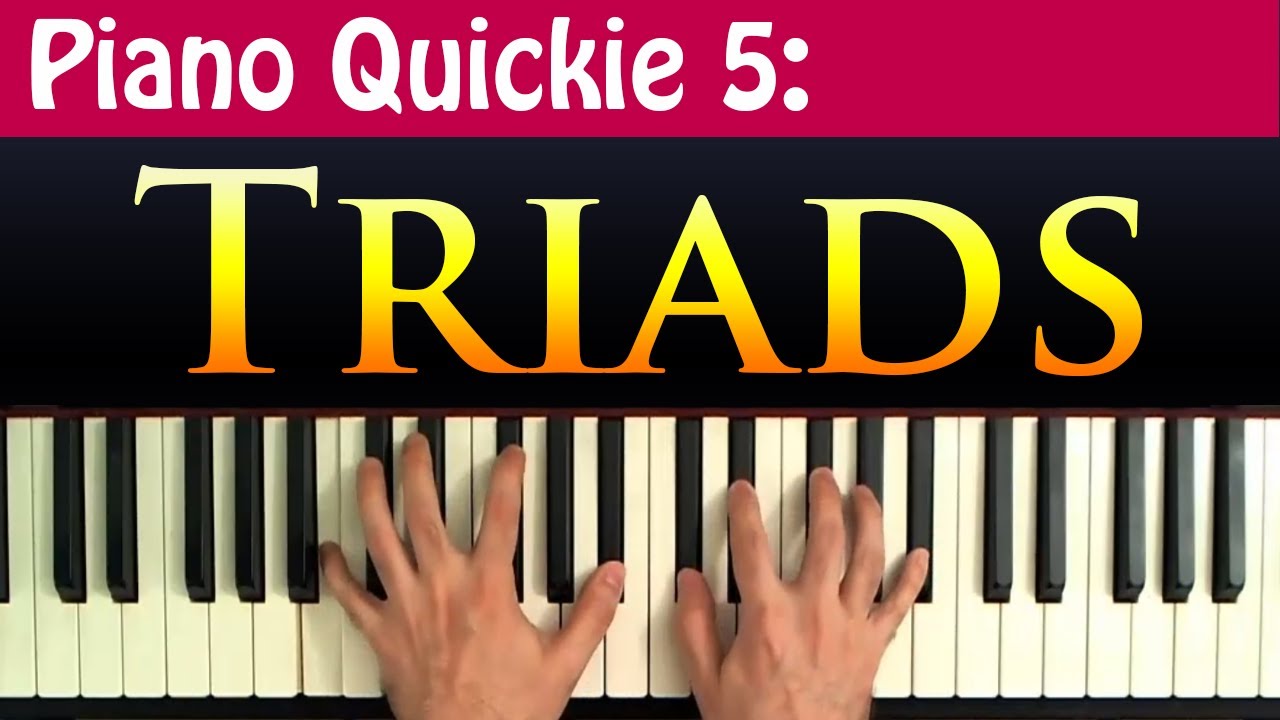 To follow the current lesson properly you will need to know how to construct the major scale on any note. If you’re not sure or need a refresher, check out Piano Quickie 4, which has a brief yet lucid explanation:

The Piano Quickie series is aimed at beginning musicians who want to get a grasp of the fundamental points of music theory: notes, intervals, chords, chord inversions, scales and so forth. Made of short but richly illustrated piano lessons and tutorials, this series is ideal for teaching the basics of piano theory and playing without becoming overwhelming on the one hand, or too slow and boring on the other.

What is a Triad?

A triad is simply a set of three notes, as their name implies (“Tri” stands for “Three” – think of words such as tripod, trimester, etc). Since any chord has at least three notes, triads are the simplest chord forms possible. There are four different forms of triads: major, minor, diminished and augmented. There are also some variations on these such as the sus2 and sus4 triads.

How to construct a Triad?

Other Related Videos and Playlists

Here are other interesting playlists from my channel which group together my different piano lessons by theme/category: