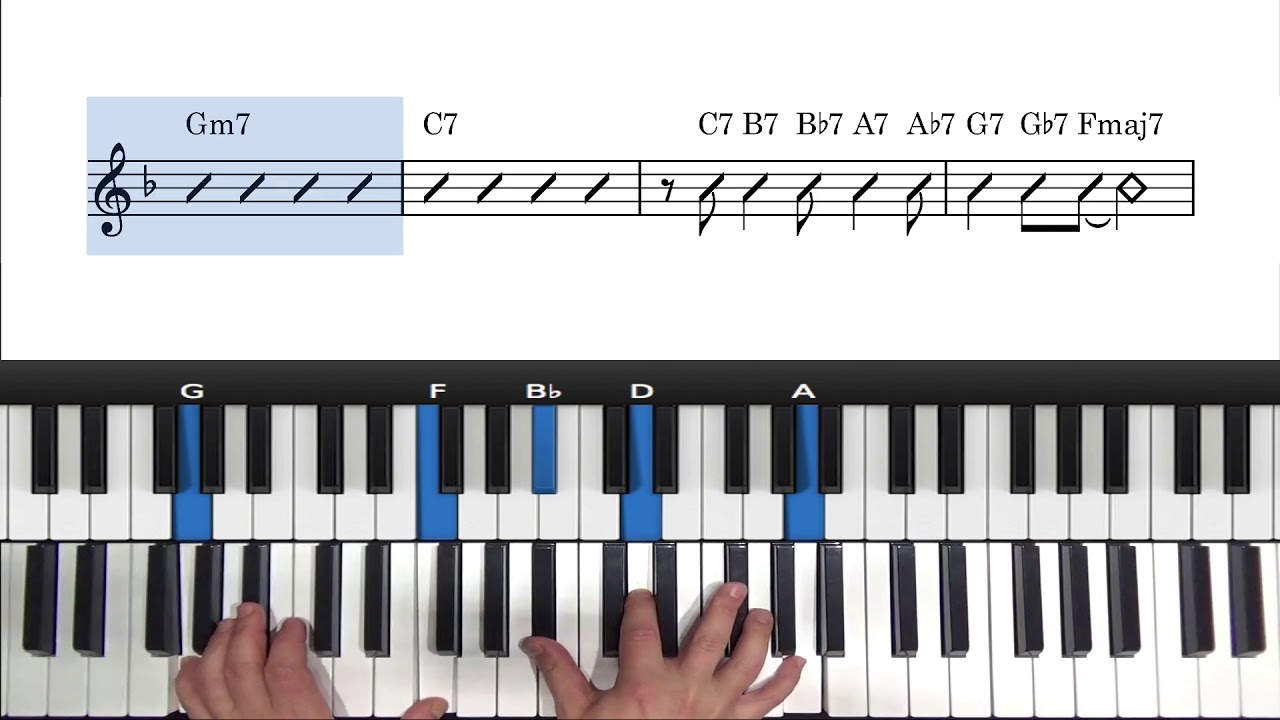 Common Endings and the Basic Turnaround
In this 5 minute masterclass we’re going talk about a few of the most common endings in jazz music. When we are in a situation like a jam session or a gig, it’s good to know few common ways to end the tune.

The Basic 251 Ending
First we will talk about the basic 251 ending and how it is commonly used to end a tune. The 251 ending is found in the majority of jazz standards written in both major and minor keys.

To make an outro, we can play the 2 & 5 chords, but instead of going to 1 chords, we would play the 3 half diminished chord, then 6 dominant chord which takes us back to 2, then 5, and again 3 instead of 1. We can repeat this cycle as long as necessary, maybe have a little collective solo over it, until we cue the actual ending with the rest of the band.

Useful Jazz Endings To Know
We will explore a few traditional endings in major key that are commonly used when playing with other jazz musicians.

First, we will look at an ending I call the ‘Miles Davis ending’. You can hear this for example on Miles’ version of “Bye Bye Blackbird” on a 1957 record “Round About Midnight”.

We will then explore the so called ‘Take The A Train ending’, and finally the the ‘basic blues ending’, which can be useful in many situations