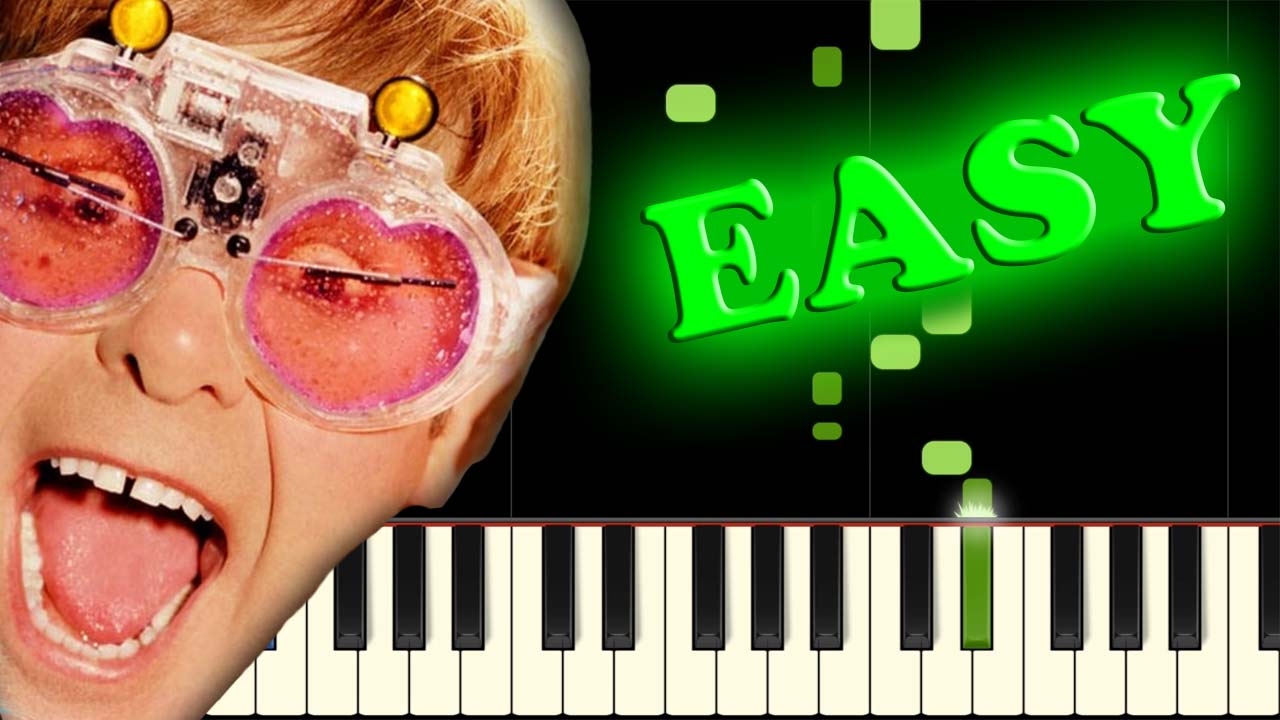 Learn to play Rocket Man by Elton John on piano with this easy piano tutorial! It’s simplified so no problem if you’re a beginner. Please enjoy.

Follow Sheet Music Boss!
https://sheetmusicboss.wordpress.com/
https://www.facebook.com/SheetMusicBoss/
https://www.twitter.com/SheetMusicBoss/
https://sheetmusicboss.tumblr.com/
Rocket Man is the classic song performed by Elton John. The song is about the Rocket Man leaving for Mars and missing his family. According to the author of “The Musical Journey of Elton John”, Rocket Man was inspired by Bernie Taupin (the co-writer) seeing a distant shooting star and this lead to the opening lyrics of the song, “She packed my bags last night, pre-flight. Zero hour: 9 a.m. And I’m gonna be high as a kite by then.” Rocket Man is one of the most beloved songs in music history.

Fun fact! Elton John played “Rocket Man” at the 1998 Space Shuttle Discover launch site. Rocket Man has been covered extensively by artists including William Shatner as spoken word (this performance being parodied by The Simpsons, Family Guy, Animaniacs, and Futurama), The Nixons, Matthew Morrison of Glee, and Iron Horse among many others. The song has also appeared in cinema, including the 1997 comedy film RocketMan. It’s also appeared in TV The Big Bang Theory. There is also an NPC in World of Warcraft where an NPC called “Experimental Pilot” converses with another character in dialogue based on Rocket Man’s lyrics.

This arrangement by Andrew Wrangell is approximately grade 3 level. It’s a great song and sure to be a fantastic repertoire choice at a concert given how popular it is!

About the arranger:
Andrew Wrangell is a composer and arranger from Brisbane, Australia. He began adapting music for piano as soon as he began learning at the age of 5, playing his favourite TV show themes on piano. He has been arranging music for all sorts of instrument combinations ever since, and has over 100 piano arrangements to his name and counting!
https://www.facebook.com/composer1992/
https://www.youtube.com/composer1992/
https://twitter.com/andrewwrangell/

About the editor:
Samuel is a composer and engraver from Brisbane, Australia. He regularly edits music for professional composers and ensembles. Clients include The Camerata of St. John’s, Greg Andrew (Elton John Experience), Sydney based Fluteworthy and various community and youth orchestras.
https://www.samueldickenson.com/

Lyrics:
She packed my bags last night, pre-flight
Zero hour, nine AM
And I’m gonna be high as a kite by then
I miss the earth so much, I miss my wife
It’s lonely out in space
On such a timeless flight

And I think it’s gonna be a long, long time
Till touch down brings me ’round again to find
I’m not the man they think I am at home
Oh, no, no, no, I’m a rocket man
Rocket man burning out his fuse up here alone

Mars ain’t the kind of place to raise your kids
In fact, it’s cold as Hell
And there’s no one there to raise them if you did
And all this science I don’t understand
It’s just my job five days a week
A rocket man, a rocket man

And I think it’s gonna be a long, long time